How to Do Squat Thrusts

Squat thrusts should begin with good posture to avoid injury. Brace the spine by drawing your lower abdomen inward. Your core muscles should be activated to support your posture as you perform the exercise.

If any pain is experienced, immediately stop the squat thrusts.

Begin in a push-up position with legs fully extended, buttocks contracted, and back flat with the belly button drawn-in towards the spine.

1. Bring knees to chest and then jump forcefully up in the air, arms to the sky, as if performing a jump squat.

2. Land in a stable position on the midpoint of the feet and quickly return to a push-up position by kicking out legs into full extension and dropping onto hands.

3. Repeat as quickly as can be controlled.

Squat thrusts can help you grow strength in your triceps and pecs while simultaneously working your hamstrings, quadriceps, and glutes. Cardiovascular health can be improved by squat thrusts. Squat thrusts can add an aerobic aspect to your training program by raising your heart rate if done correctly. 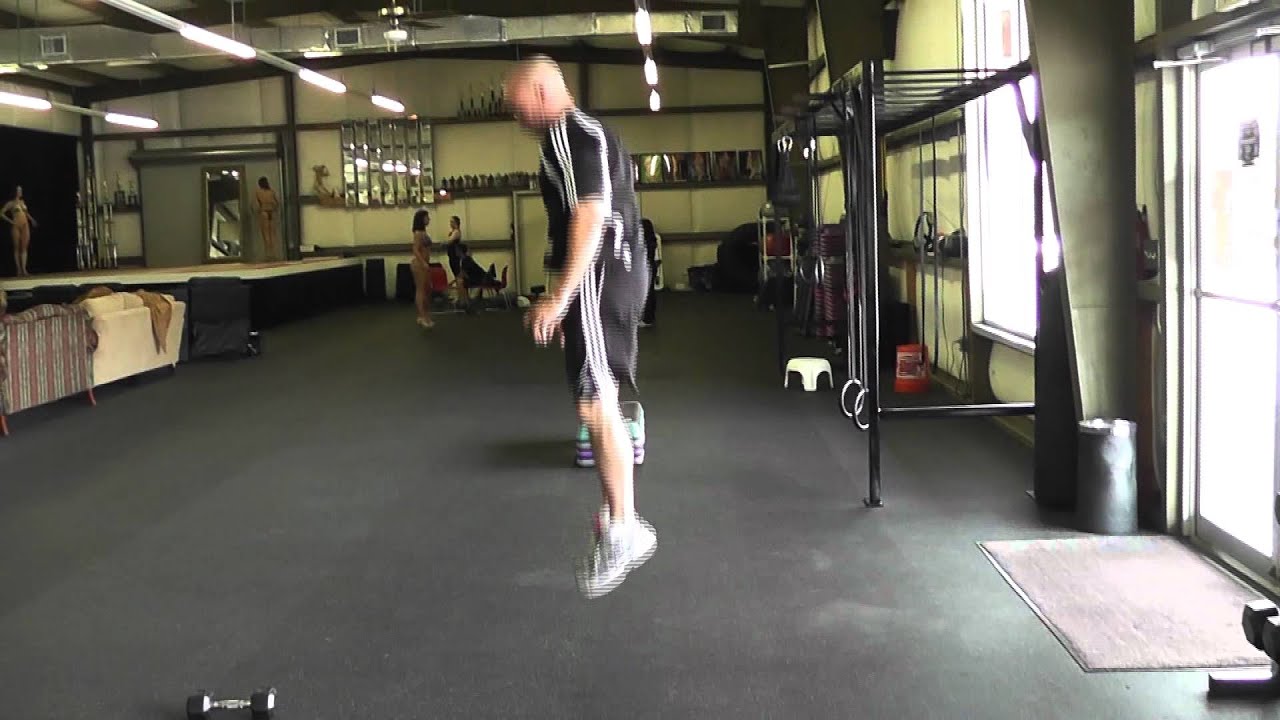 Squat Thrust With Push Up to Jump 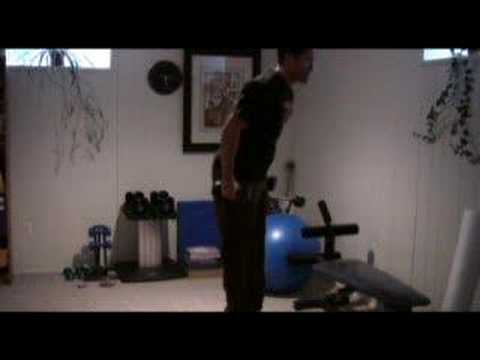 Squat Thrust With Push Up to Jump With Dumbbells